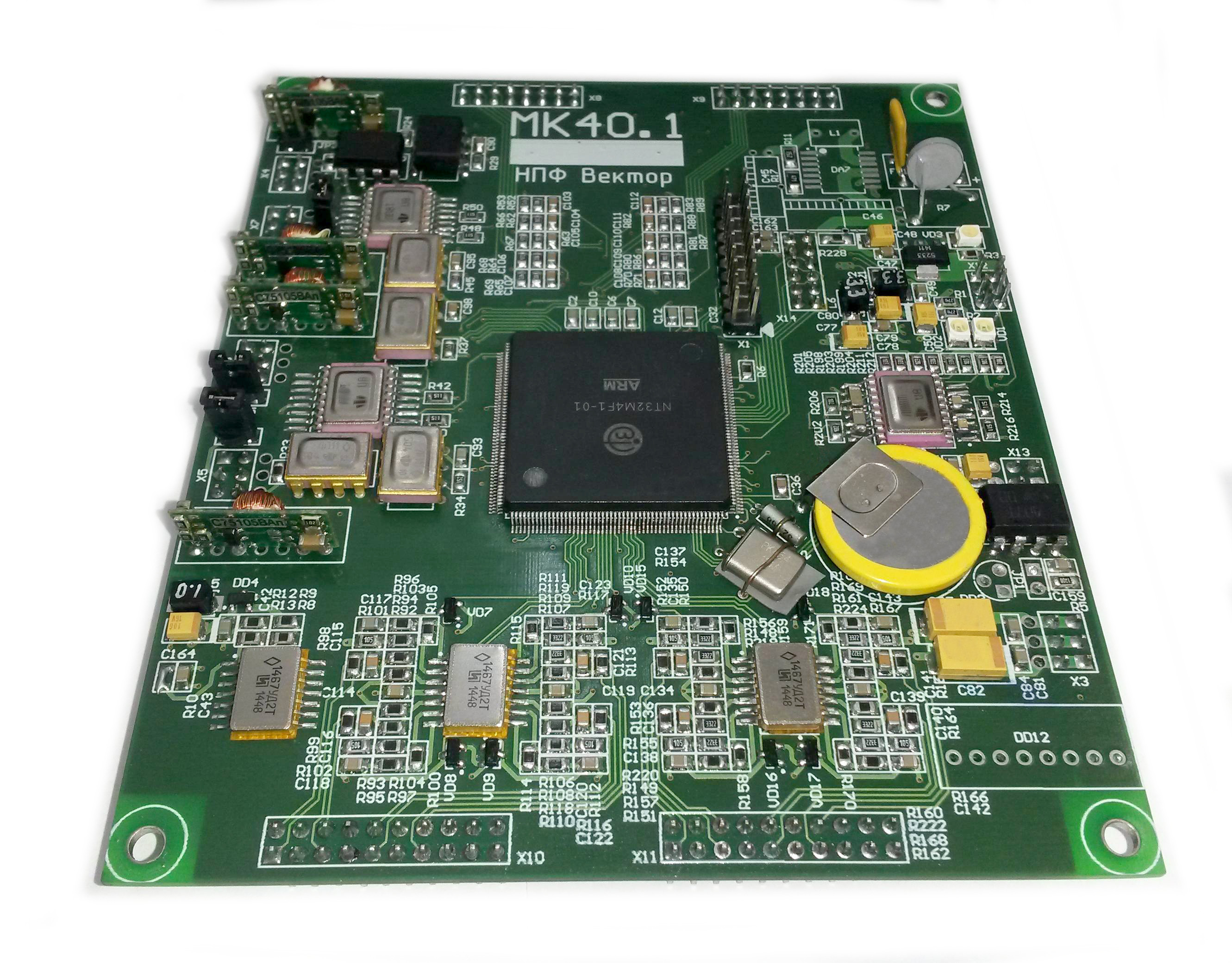 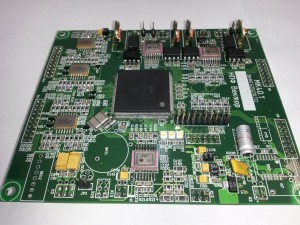 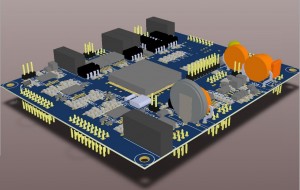 The MKU40 controller is intended for use as a universal embedded high-performance system for direct digital control of frequency converters and secondary stabilized and autonomous power supply systems. The controller was designed as a full-featured replacement for the MK17.3 controller and corresponds to its overall and connecting dimensions, the control peripherals for power converters and the communication interfaces of the MK17.3 controller. However, it is maximally based on native element base, including the latest native developments of microprocessor systems (ARM microcontroller NIIET K1921BK01T (working name MS01, NT32M4F1) – 100 MHz, 1 MB flash memory, 192 KB RAM from the NIIET company). Currently, absolutely all components on the controller are native or manufactured in the countries of Eurasian Customs Union. The controller has two galvanically isolated (500V isolation) CAN interfaces and two galvanically isolated (500V isolation) RS-485 interfaces. The controller provides a direct interface with the power switches of the converters (open collector), supporting sinusoidal and vector pulse-width modulation modes for bridge inverters, as well as a direct interface with position sensors: pulse sensors, analog sensors on the Hall elements, using the hardware capabilities of the microcontroller for signal processing ( CAP module). 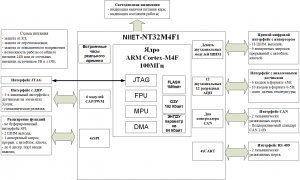 Functional diagram of the MKU40 controller

The table shows the signal map of the MKU40 controller

The controller is designed by order and is not supplied in the form described on the website. However, upon request, we are ready to develop a similar controller for the necessary technical specifications. An agreement may also be concluded for the supply of necessary software modules in source codes in C language with documentation. The following software modules are available for this microcontroller (NIIET K1921BK01T):

All software can be supplied both for the IAR EWARM development environment version 6.3 and higher, and for Eclipse Luna (tested with the GCC 4.8.3 compiler from the Mentor Graphics Sourcery CodeBench Lite Edition package version arm-2014.05-28-arm-none-eabi).