This page presents the software developed by R&D Company “Vector”,LLC. RTCON, COODEdit, ScopeOpenGL software and the CANopen driver work together and provide a complete solution for setting up and debugging low-level microcontroller-based control systems. It is recommended to read the introductory review article on these products – “Debug methods for embedded microprocessor systems in power converters”  or similar one in our blog on the geektimes resource. 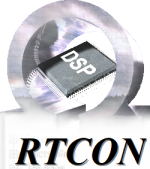 The RTCON control interface is a set of software tools providing monitoring and setting parameters of CANopen compatible devices using a PC connected via a physical CAN interface. 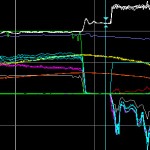 The application for recording, visualization and analysis of the processes in a complex control object, including from one to several tens microprocessor devices connected by a CAN network.

A softawre for microcontroller that implements the CANopen protocol based on CAN communication interface. The driver by “Vector”, LLC has extensions compared to the standard CANopen, however, they are organized within the framework of CANopen protocol and are “add-ons” without a conflict with the standard.

An overview of the proposed solutions was prepared by one of our employees as a lecture and is available in three parts on the following videos. The first video is an introduction with an overview of the proposed solutions. On the following two videos a laboratory work on setting up PI current controllers in the electric drive and launching a vector sensorless control system is performed: the operation of the RTCON and CoodEdit software is demonstrated.