RTCON, COODEdit, ScopeOpenGL software and the CANopen driver work together and provide a complete solution for setting up and debugging low-level microcontroller-based control systems. It is recommended to read the introductory review article on these products – “Debug methods for embedded microprocessor systems in power converters” and also visit their general page.

The following can be configured for dictionary objects:

To manage the names of the parameters (texts for elements of object dictionary), network synchronization of texts created by various users through the use of a common mysql database is performed. This allows you to synchronize the names of parameters created by different developers within one company and generate a single parameter text file for UniCON software. In this case, with the help of UniCON software, you can work with any device created in the company, regardless of which developer conducts the project and administers the object dictionary. 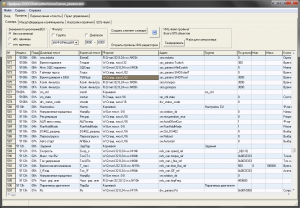